Music of a Lost Generation

Swept Away was a three day festival featuring music by German and Austrian composers who fled into exile in the early 1930s. Persecuted and threatened with arrest for their Jewish origins, socialist political views and artistic ‘modernism’, the composers’ music was banned from performance and publication so their work almost completely disappeared until recently.

The festival brought this unjustly neglected music back into the light and revealed its outstanding quality and engaging modernity over five concerts, pre-concert talks and readings at Kings Place concert hall, London, June 19 – 21, 2015.

Lawrence Weschler, grandson of Ernst Toch, spoke to audiences about Toch’s life in Germany and exile in the U.S.

A music theatre piece for audiences aged 7 and up. An Almeida Opera production in association with The Continuum Ensemble; U.K. premiere performance.

‘…colourfully staged by Annabel Arden and The Continuum Ensemble …there is much fun (a sudden excursion into Japanese, a tuba played with a plastic tube) and genuine inventiveness along the way.‘

Composer Richard Causton and conductor Philip Headlam presented East/West, a Gamelan Music Festival, at the Royal College of Music, London, May 1 and 2, 2003 and repeated at the Spitalfields Festival, June 24, 2003, broadcast on BBC Radio 3.

Programmed and conducted by Philip Headlam, The Continuum Ensemble performed a concert of music on western instruments influenced by gamelan music. A convergence of Eastern and Western musical languages, each piece explored a range of expression with the distinctive chiming resonance of gamelans. Composers included Claude Debussy, Colin McPhee, Lou Harrison, Jose Evangelista and Claude Vivier.

Richard Causton led the inaugural concert of the Royal College of Music Sekar Tunjung Seta (White Lotus Flower) Gamelan from East Java as well as a Degung Gamelan from West Java and a Calung (bamboo) Gamelan from Central Java.

Recitations and Conversations: Georges Aperghis and his Contemporaries

The richly imaginative music theatre and music of Greek born composer Georges Aperghis was featured in productions, concerts and events over a three day festival at the Purcell Room, Southbank Centre, London, U.K.

Aperghis explores the human condition in all its complex expression and emotion, even language itself, which he renders into highly original music that blends gesture and sound that is by turns poignant, sophisticated, witty and disturbing though always moving and profound. 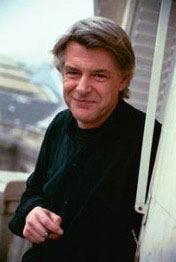 Programmed along with music by his contemporaries in France Pascal Dusapin, Tristan Murail and Claude Vivier as well as his mentor and friend, Iannis Xenakis, the festival focussed on Aperghis’ work from the 1970s and 80s, an incredibly rich time for artistic creativity in Paris.

‘The scenarios are sometimes explicit, sometimes teasingly abstract; there’s a nervy humour about a great deal of it. The texts for the vocal works may be more or less coherent or use an invented polyglot language – Conversations for two voices create music out of the inflections of text, nothing more; the Recitations for female voice switch between comprehensible words and fractured syllables at dizzying speed. Speech is always mimicking music and vice versa; the boundaries are shifting all the time and nothing can be taken for granted.

If it’s hard to pin down Aperghis’ achievement and its place in the music of our time, it depends on the kind of stylish performances The Continuum Ensemble had prepared under its music director Philip Headlam. Annabel Arden had given a sharp continuity to the programme, interweaving it with the Recitations, performed by cellist Matthew Sharp and singers Lore Lixenberg and Rachel Shannon as if they known them all their lives. Patrizia Meier was the vituperative harpist in Fidelité while Joz Houben had the walk on, sit-down, say nothing role of the object of her obsessions; Headlam himself was the timorous accompanist in The Physiological Laugh, Richard Jackson his overbearing partner. It’s a bold, imaginative project, wonderfully well realised.