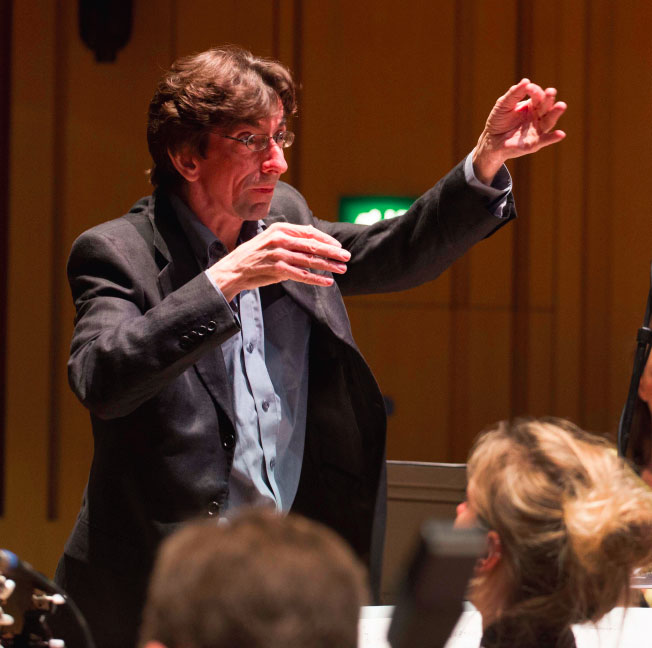 Conductor Philip Headlam has received acclaim for his performances with orchestras, opera companies and ensembles in the U.K., Canada and Europe. Equally at home in the opera house and on the concert platform, he conducts a wide range of repertoire encompassing Baroque and Early music and opera, the great symphonic and opera masterpieces of the 18th and 19th centuries and 20th century music of all genres. He has much enthusiasm for working with composers and has conducted many world, U.K. and Canadian premieres.

He is noted for his innovative concert, opera and music festival programming which combines unusual or unjustly neglected music by composers from past centuries with standard repertoire as well as finding hidden gems by modern composers, all of which attracts great interest from audiences and critics alike. His most recent festival, Swept Away, at King’s Place, London, featured operas and concert works by Kurt Weill, Ernst Toch, Paul Hindemith, Ernst Krenek, Stefan Wolpe, Erwin Schulhoff and other composers from 1920s Germany who were later forced to flee into exile. He conducted five concerts featuring renowned singers and soloists, The Continuum Ensemble and the BBC Singers for BBC Radio broadcast. Swept Away received outstanding reviews in the U.K. and international press.

He has scored pieces for chamber orchestra by Berg (Altenberg Lieder), Dallapiccola (Rencesvals) and Ravel (Cinq Mélodies Populaires Grecques and Don Quichotte à Dulcinée) as well as Brahms’ Quintet op. 111 for string orchestra that have been performed and broadcast in Europe and Canada.

He has much experience as a conductor and opera repertoire coach with young professional opera singers and has been a faculty member of the Royal College of Music Opera Dept., Head of Opera at Birkbeck, University of London and guest conductor and coach with the Opera Program at the Banff Centre, Royal Academy of Music (London), Israeli Vocal Arts Institute, Tel Aviv and International Opera Academy, Ghent.

Mr. Headlam, born in Canada, studied at the Faculty of Music, University of Toronto (B. Music in Conducting) and with teachers Victor Feldbrill, Otto-Werner Mueller and at the class of Franco Ferrara in Siena, Italy. He has been assistant conductor to Kazushi Ono, Sir Andrew Davis, Daniele Callegari, Sir Mark Elder and Mario Bernardi. He has been awarded prizes and awards from the Canada Council, Faculty of Music, U. of Toronto and the Clifford Evans Prize for Conducting (Canada).